Shilpa Shetty was met with a warm welcome as she began shooting for reality show Super Dancer 4 today, putting behind the stress of the high-profile, scandalous media trial that followed her husband Raj Kundra’s arrest. 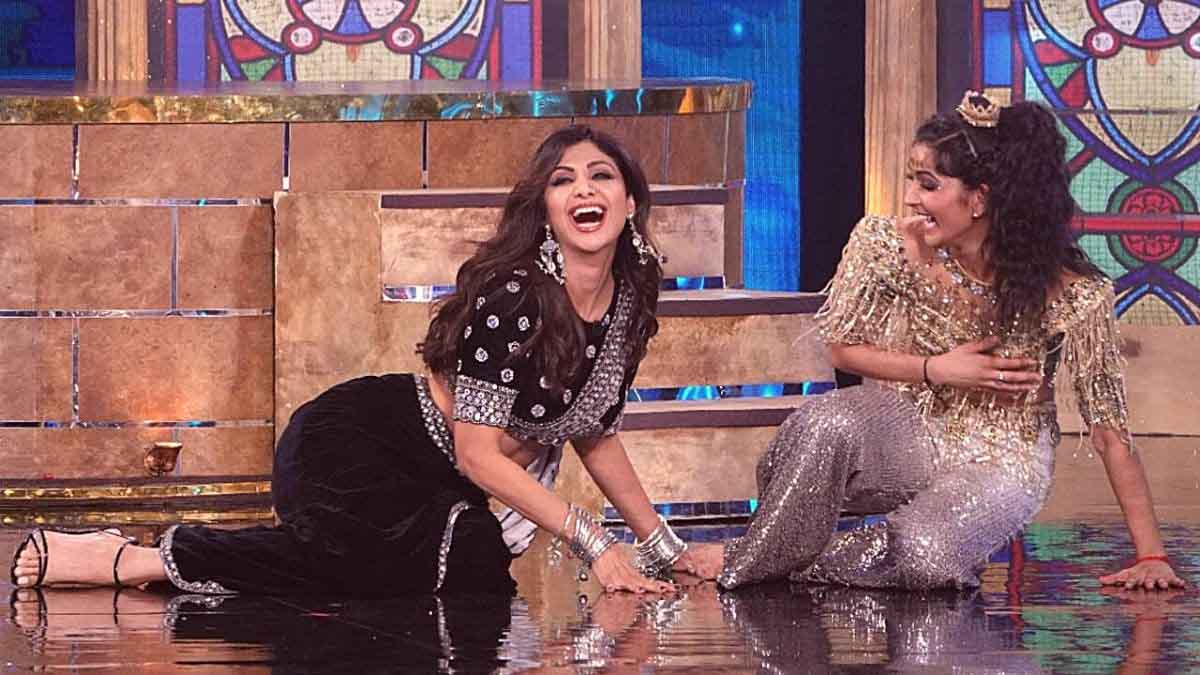 For the past few weeks, all one has heard about B-town businesswoman Shilpa Shetty are the rumors of her upsetting interactions with Raj Kundra after being taken into custody, and her scattered textposts on digital media. Even by keeping a low profile, conversations around her (and her family) were rife.

Now it seems that the conversation might shift back to what she is known for – at present, being a celebrity judge on a popular reality show, Super Dancer 4, which has talented contestants as young as 8 years old.

For the past 3 weeks, the producers of the Sony TV show were perplexed and had to invite many substitutes for Shetty, who is known for her signature compliment, “Super se bhi upar!”, including Sangeeta Bijlani, Jackie Shroff, Terrance D’Soua, Sonali Bendre, Moushumi Chatterjee and Karisma Kapoor. The series regular, Anurag Basu and Geeta Kapoor, stayed on board as usual.

The episode to be aired this week will not only be special due to Shilpa’s rejoining, but also due to the presence of the winner and finalists of the recently concluded Indian Idol 12.

Yatharth Vohra is a multifaceted media student from New Delhi, working passionately towards changing the way masses interact with each other in this new age. With a varied experience across industries, from radio to fashion to digital marketing, he aims to venture into political communication soon.

Karishma Sawant: YRKKH has its authenticity and also newness

Mukesh Rishi: Aura of my Paika character is much bigger than…